If you have trouble logging in, or have any concerns about ordering please view our FAQ page or call our customer service team

With Flexijet STONE software for easy and precise measurement of countertops and other stone surfaces.

Flexijet is the new standard in laser templating with hardware and software designed specifically for the stone countertop industry. Get measuring in seconds thanks to its quick and easy set up.

Measuring splashbacks, waterfalls or even full room has never been easier with intuitive 3D functionality that allows you to take full control. 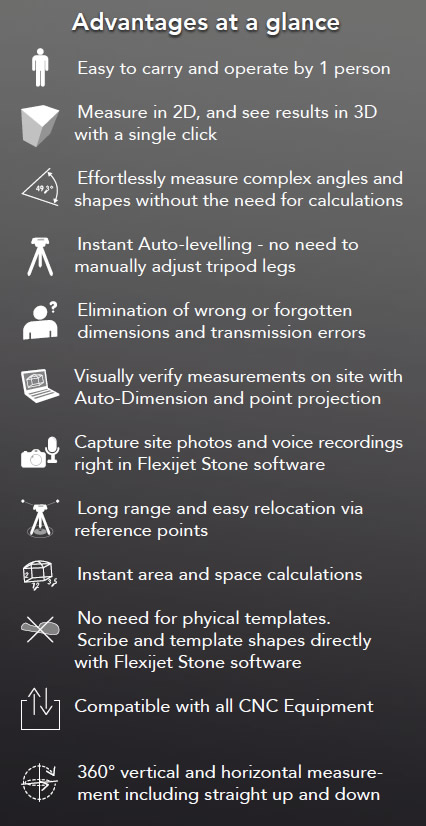 Curves and angles made easy 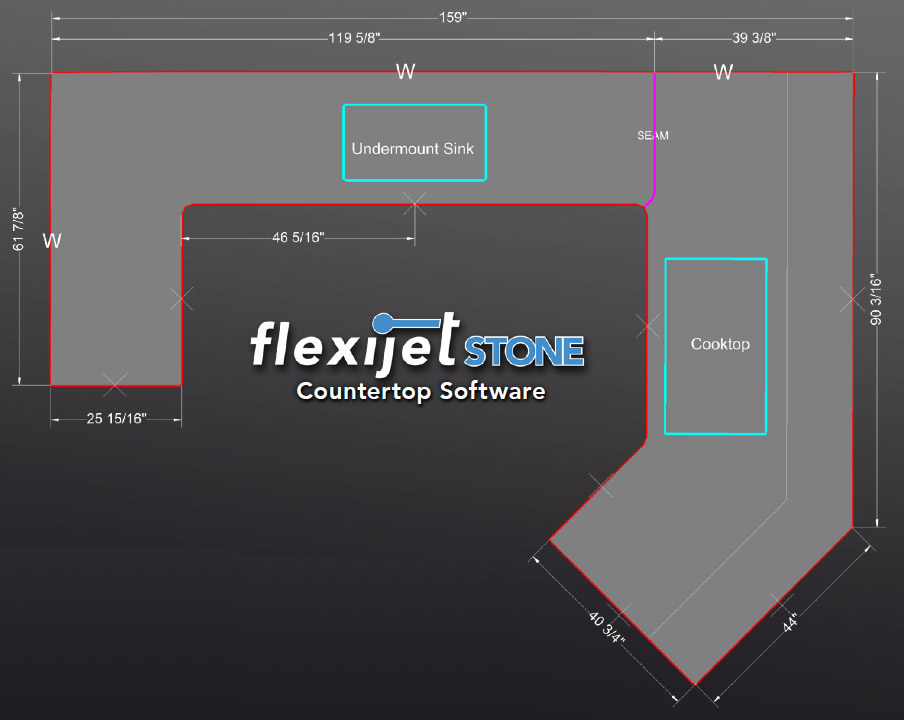 Find out more about now!

How does it work?

Measurements taken with the Flexijet laser measuring device are transferred via a stable WiFi connection to the FlexiCAD software on your Windows tablet or laptop. A digital drawing is instantly created in real time.

The laser of the Flexijet 3D can be controlled either manually or by remote control, and Flexijet’s integrated motorised system also allows Flexijet to point the laser back at points for visual verification of measurements.

Measurements can be triggered via the Touch Sensor located on the device, with the remote control or on the tablet PC.

Instant automatic levelling using the internal tilt tensor means no need for the tedious manual adjusting of the tripod. As a result, setup is quick and doesn’t required additional equipment just to start measuring.

If the device is accidentally knocked, the integrated shock sensor will warn the user on the Flexijet’s touch display and in the Software.

Flexijet 3D can be easily repositioned from room to room or across various building levels right from the touch display or via FlexiCAD software.

Repositioning is done my measuring two reference points before and after moving the Flexijet 3D, which allows for immediate continuation of the measurement process.

The average battery life of the Flexijet 3D is eight hours depending on the motor usage. The device can also be used while it is being charged, thereby allowing ‘around the clock’ measurements so that nothing stands in the way of that important measurement task. 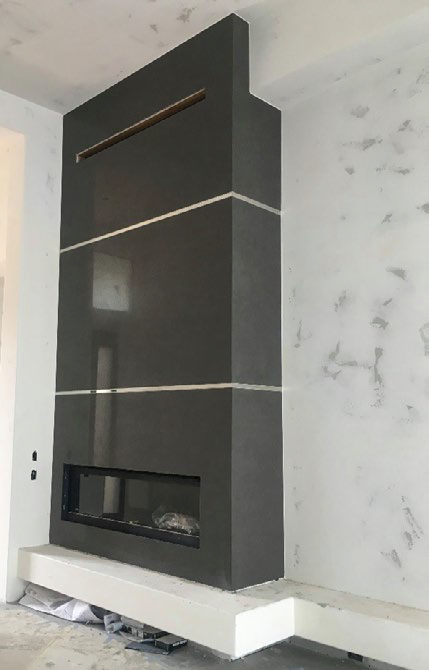 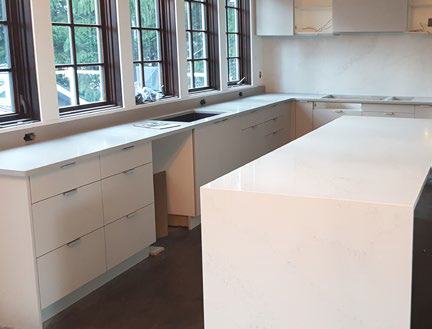 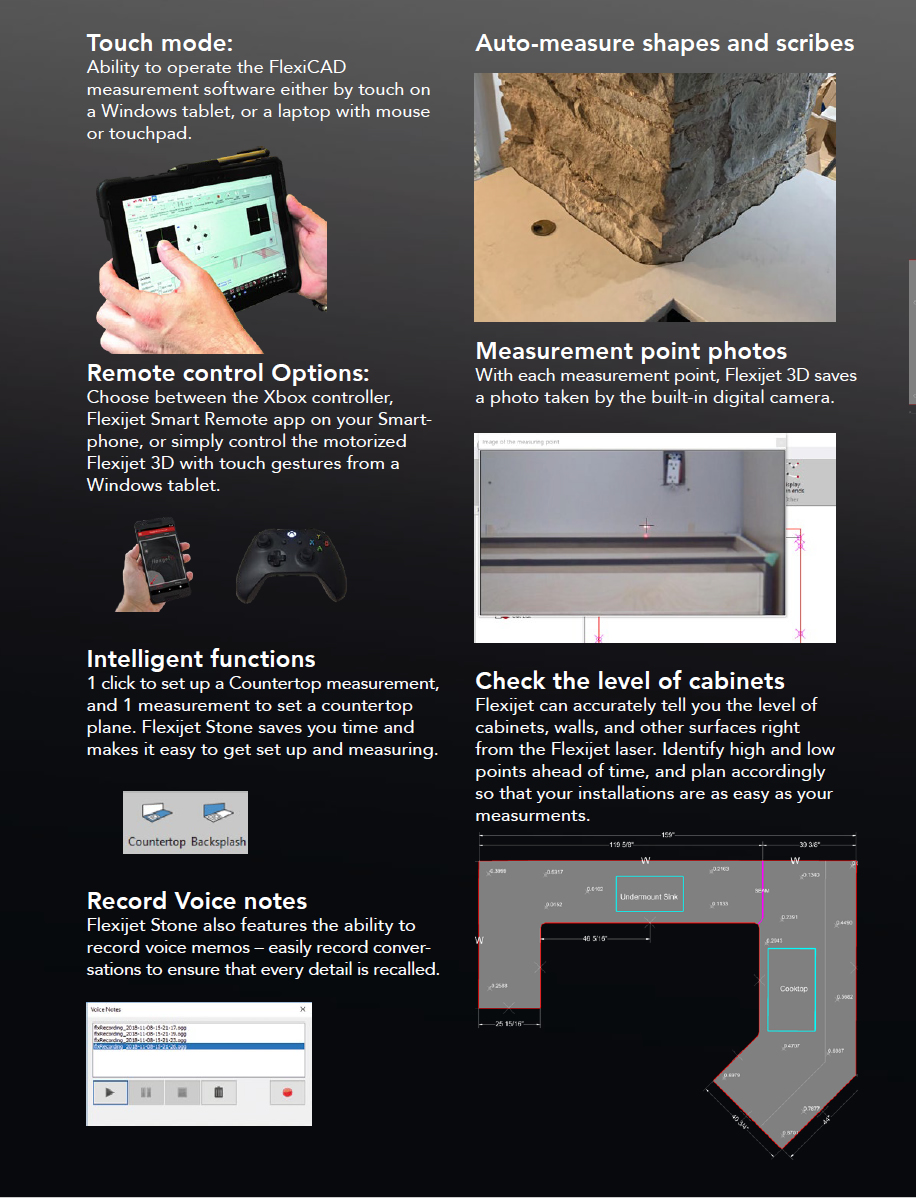 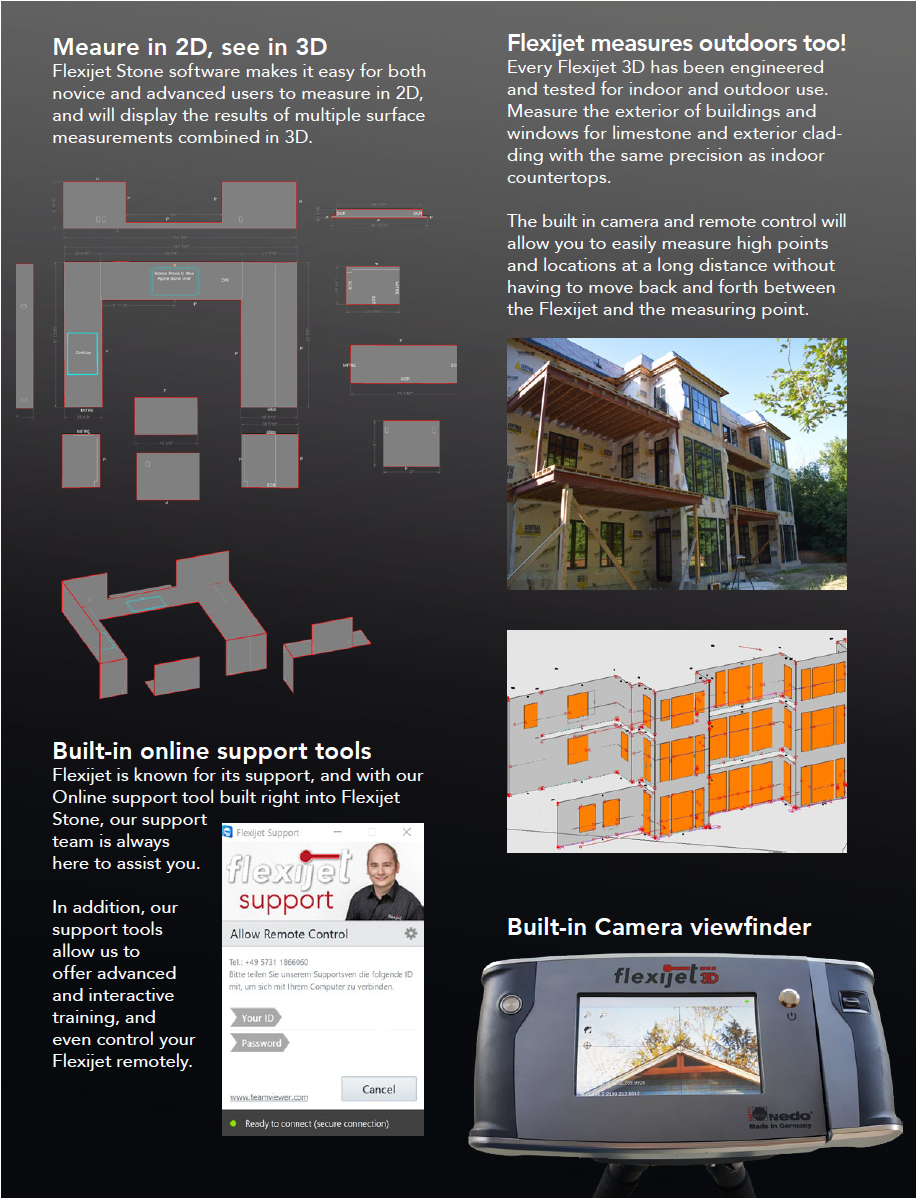 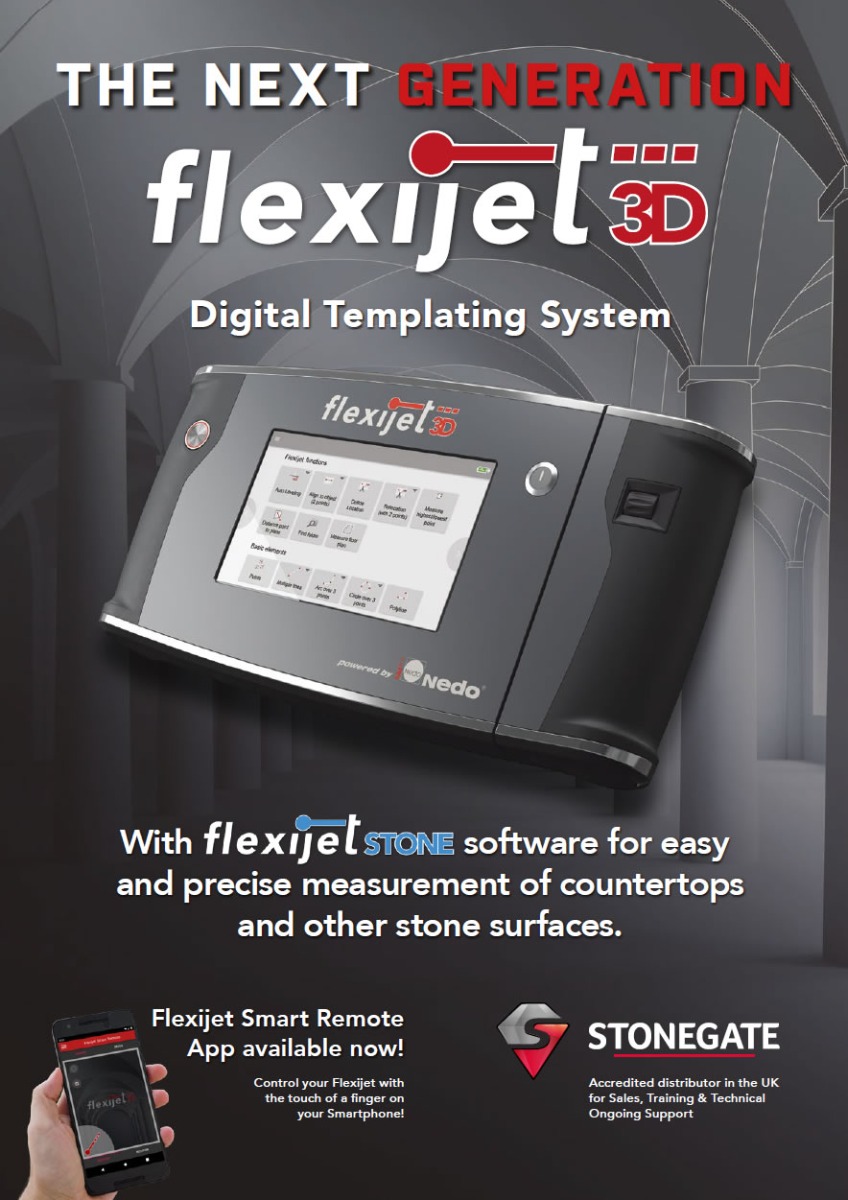 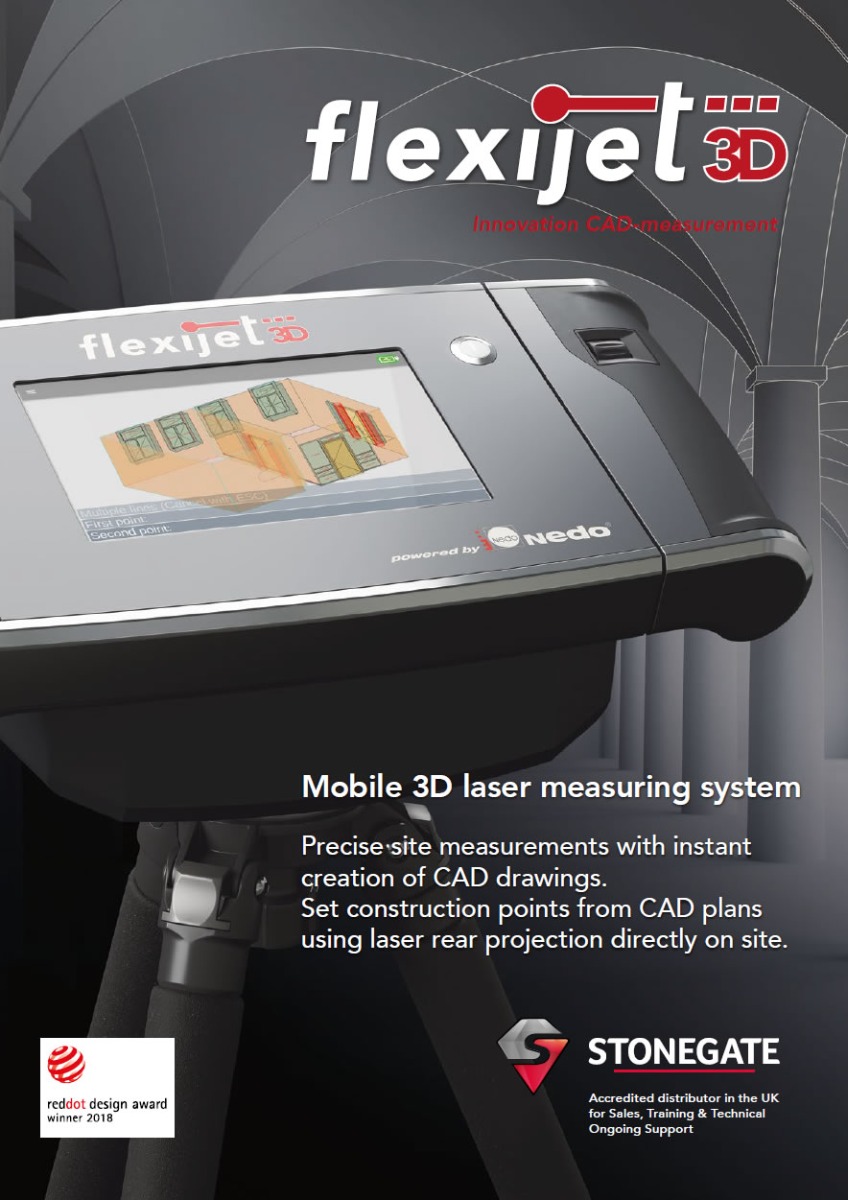 Find out more about Flexijet now!